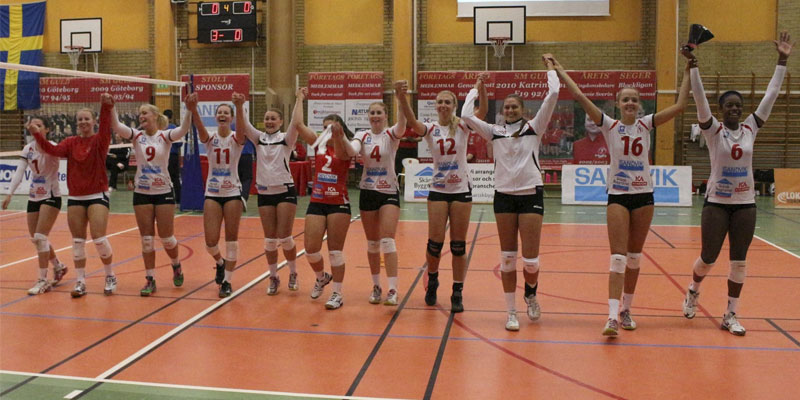 Svedala Volleys elite team made the trip across the water on Tuesday night for their premiere in the new Oresund Liga.

Holte were the opponent in a tough match that Svedala girls won 3-1.

Holte is a constant top team in the Danish league and this years rooster consists of an interesting mix of Danish players and the experienced foreign players.

The girls from Svedala started the game concentrated and quickly took a grip on events and did not give Holte a chance to get into the game and Svedala won the set with 25-10.

Maybe it went a little too easily in the first set. Svedala couldn?t keep the play in second and Holte fought their way into the game and could win the set 26-24.

In the third set it was again the away team who could take the command and with solid play could win the set with 25-18.

The fourth set reminded a lot of the other with the difference that Svedala were stronger when the set would be settled and could win the set, 26-24, and thus the game.

This means that Svedala girls are still unbeaten this season.

It was a useful and stimulating match for Svedala girls in many ways and they will definitely benefit from the lessons later in the season.

Mo Simmons became the best scorer in Svedala with 30 points.